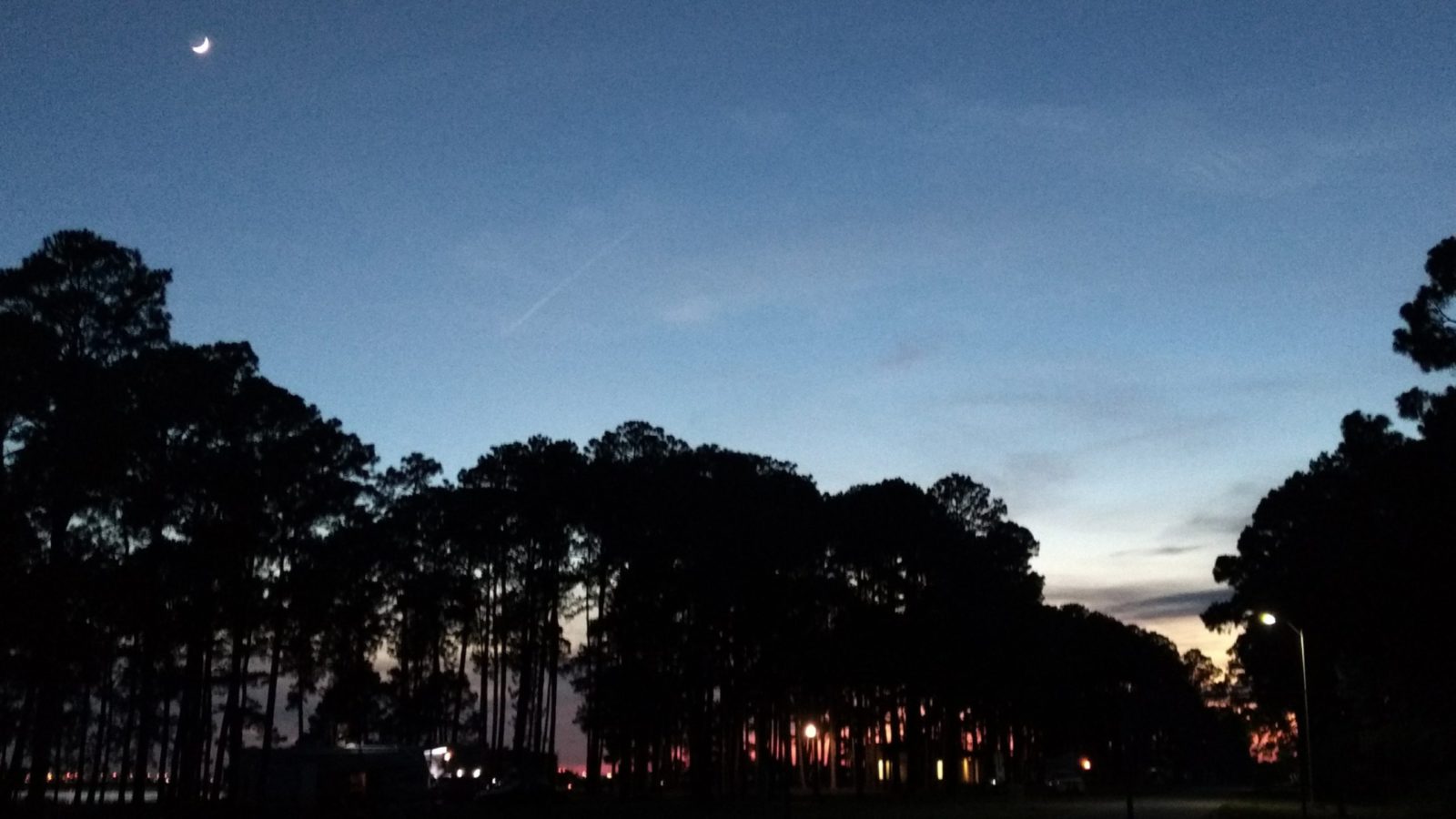 You meet interesting people when camping.

It was a rather long and uninteresting drive from Northern Alabama to the gulf. I ended up camping at Meaher State Park. This is not the best place for motorcycle camping as it is primarily an RV park. There are a small number of tent sites. While the sites have a nice view of the gulf, they happen to be quite some distance from the restrooms. The place was infested with ants.

One of the tent sites stood out from the others. There was an old van parked with the doors propped open. There was a large tent and an area constructed from tarps suspended from ropes. Three dogs were on leashes within the area; two of the dogs quite large mixes of Weimaraner and Black Lab. A tall thin woman made her way to my camp to introduce herself. She was originally from Louisiana and had run away from an abusive husband. She took her two dogs.. the third dog belonging to someone down the street who wasn’t caring for it.

At her request, I drove to the store and bought a few essentials. With these few ingredients, she hooked up her crockpot and made a wonderful Louisianan dish. I also picked up a few extra things including some treats for her dogs.

In another tent site, a musician named Gypsy was camped out. His van was his home and he made a living by playing gigs in one of the local bars. He told me stories about motorcycle riding and was fond of his Harley Davidson chopper all decked out like Easy Rider. He once was pulled over by a policeman for speeding. He is a great talker and the policeman must have taken a liking to him. The office insisted that he needed to follow him to the station. After they started on the road, the police officer then took off so fast that he  wasn’t able to keep up. He was happy to avoid that ticket. 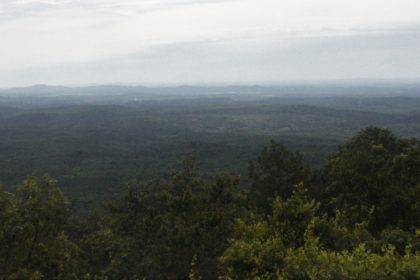 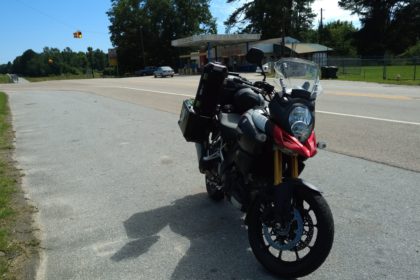