I enjoyed lunch at Braeburn Inn – easy to miss and drive by, but definitely worth stopping. Huge, I mean really huge cinnamon buns. I resisted, but several other groups came in and shared one. I had an equally large sandwich and saved half for later.

I met a couple of guys on their way up Canol Rd (at Ross River). 150 miles of dirt up to Northwest Territory.

Arriving in Whitehorse, I checked for motorcycle shops. Listers Motorcycle Shop bordered on rude when telling me they were booked for the next few weeks… no they were plain rude and told me every other bike shop was equally booked out.

I found a carwash to take off the upper layers of grime on the bike, but still needs a lot more TLC.

Driving by Yukon Honda, I noticed a couple of bikes at the driveway – always a good sign. The guys there were awesome – really great. The bike is at 20K miles and the chain needed to be replaced. Besides being friendly and professional, they gave me other tips for my bike and for riding in the area.

I am camped at Robert Service Campground with a nice view of the Yukon. I had a beautiful afternoon and evening. I dried out my tent fly from last nights rain. I even stepped into the Yukon wearing my Sidi boots and riding pants. They needed a little cleaning.

Guess what… Its raining again. Happy at least for cell phone signal. 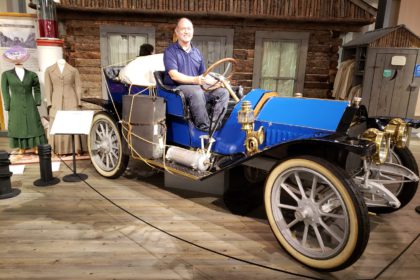 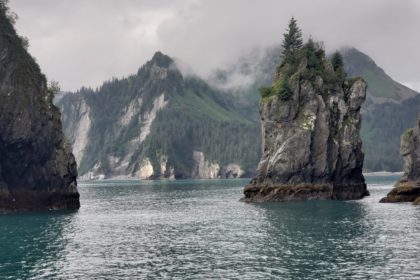 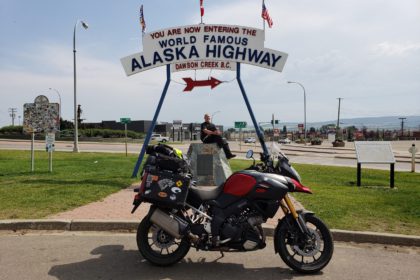 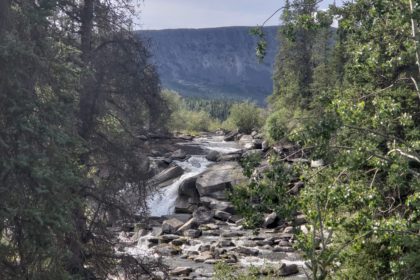 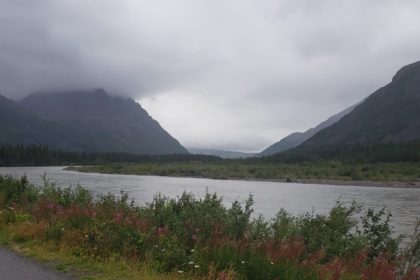 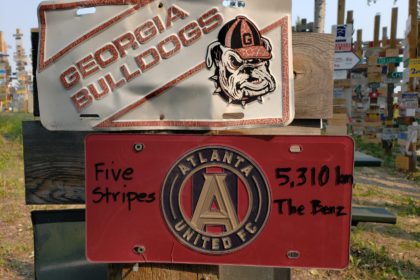 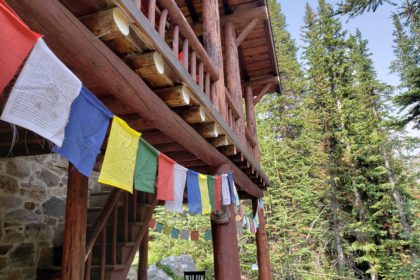 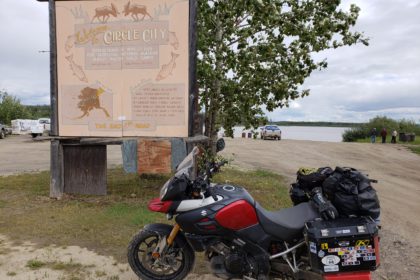